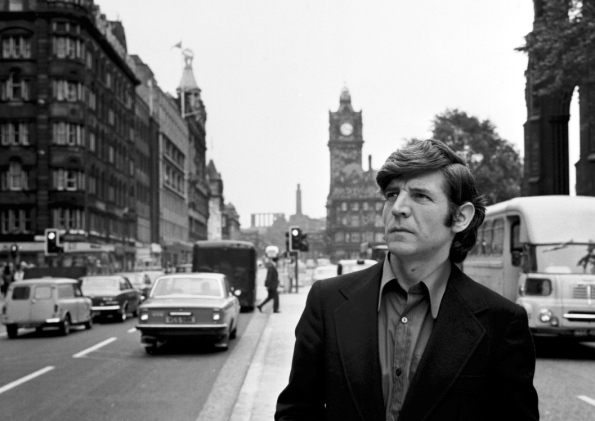 Inevitably, the name Bill Douglas had to crop up in Muy Blog at some time. I’ve been bumping into Bill, and later his legacy, for almost forty years. The first time was when, as a young projectionist at the National Film Theatre in London, I was screen checking the new 16mm print of his film My Childhood (1972), just before an important showing – perhaps its British premiere. Afterwards I was walking through the foyer and spotted a character standing by the doors, chain smoking and looking very nervous. I remember thinking ‘That’s got to be the director.’ The film won the Silver Lion at the Venice Film Festival, and became the first of a trilogy dramatising Bill’s life. In the 80s I would often see Bill and his lifelong friend Peter Jewell at a weekend book sale or antique photo fair in one of the London hotels, and a few times chatted about treasures acquired, as fellow collectors of books and objects relating to film and pre-cinema. Bill and Peter came to the opening of my 1990 exhibition Magical Lanterns at London’s Museum of the Moving Image (co-curated with Lester Smith) and Lester’s photograph of Bill beside the silhouette lanternist from the extraordinary Bill Douglas feature Comrades (1987) is a favourite that’s often used to illustrate articles about the late director.

Bill died of cancer the following year; as Peter said at his NFT remembrance event, ‘Mr Benson and Mr Hedges killed him.’ For that special remembrance day I was involved in putting together many short out-takes from Comrades, as a one-off presentation.

I remember the flat where Bill and Peter lived in Soho, its walls double and triple lined with books, and was privileged to see some of their collection at Peter’s family home in Devon. After the establishment of the Bill Douglas Centre for the History of Cinema and Popular Culture at Exeter University, the collection’s eventual home, I sat on the Management Board for some years and was responsible, with Richard Crangle, for arranging the original museum display at the Centre. Today this includes a cabinet of Muybridge items, and a full-size print of the 13-panel San Francisco Panorama, copied from the orginal at Kingston Museum. Bill’s last script was for a feature entitled Flying Horse – about Eadweard Muybridge, of course. Which is where we came in. 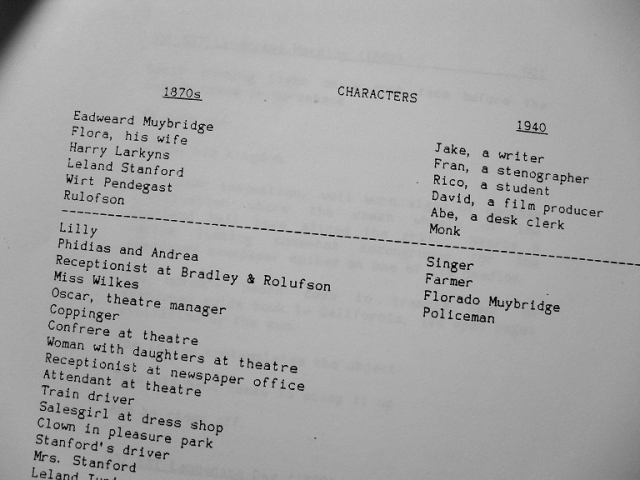 This month in Edinburgh there is to be a Bill Douglas Weekend. In one of the articles promoting the event the Muybridge script is mentioned, and the slight possibility that the movie could yet be made. With the Andy Serkis feature apparently about to go into production, this seems less likely than ever. I have mixed feelings about the possibility of Flying Horse finally being produced. The script could certainly make a good film, but what chance of finding a director who would make it a great one, as Bill surely would have done? His innate understanding of the nature of the cinematic moving picture and how it is created and perceived from a fragmented stream of images – an aspect which must surely be central to any telling of the Muybridge story in the moving picture medium – is unusual, even amongst talented film directors, and the possibilities are only hinted at in the script. What visual poetry Bill Douglas would have made of this extraordinary subject. 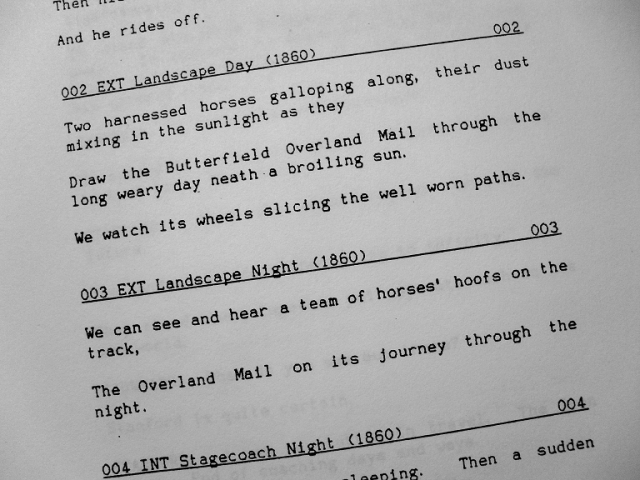 • The Bill Douglas Weekend is at Craigmillar Art Centre, Newcraighall Road, Edinburgh, on 29-30 of October. The Bill Douglas Trilogy and Comrades have been released on DVD by the BFI, priced £22.99.