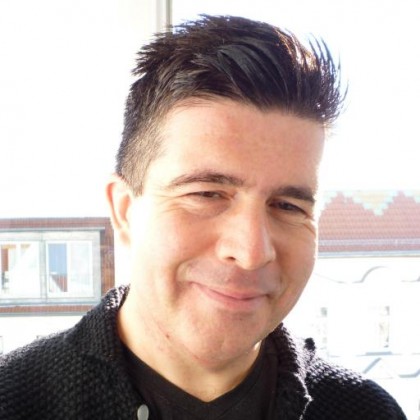 Professor Stephen Barber of Kingston University London, currently engaged in the Leverhulme Trust Research Fellowship project on the Scrapbook of Eadweard Muybridge, has annouced details of his forthcoming book, Muybridge: the Eye in Motion, to be published by Solar Books (USA distribution by University of Chicago Press) in 2012. This promises to be a major new book, covering many aspects of the man and his work, as outlined in the Introduction. Central to the book is what Barber describes as ‘that unique ocular object’, now held by Kingston Museum:

Muybridge’s Scrapbook, in which he amassed every trace he viewed as essential about his work, across a span of over thirty years, so that it accumulated into an extraordinary memory-book that interrogated and overspilled time and its own parameters.

…. an aberrant vision-machine as well as a time-machine, and an irreducible archive in its own right, that holds revelations not only about Muybridge’s work, but also into the origins of film, the future of digital culture, and the perception of urban and corporeal forms.

The second part of the book examines

the close and revealing connections between Muybridge’s work and that of two key but neglected instigators of cinema, Max and Emil Skladanowsky, who undertook the first-ever public screening of celluloid-based films for a paying audience [in Europe] (using a projector, the ‘Bioskop’, they had built themselves, and showing films they had shot themselves, with a film-camera they had constructed themselves), on 1 November 1895, at a hotel in Berlin, two years after Muybridge’s formative glass-disc projection events in his Zoopraxographical Hall at the Chicago World’s Columbian Exposition

In the third part of this work, Professor Barber

… interrogates that pivotal memory-document of Muybridge’s work – in many ways, a crucial document for the understanding of how contemporary visual cultures originated – by disassembling it into the fragments from which it was created, in order to probe the all-encompassing ocular and corporeal processes at stake in Muybridge’s work.

… the archival, preservational implications of Muybridge’s work and its own movement into the future, as a body of work whose contrary amalgam is fused by preoccupations with loss, speed, perception, projection, corporeality, vision and the ‘tactile’ eye. In many ways, those preoccupations are exactly those of contemporary digital culture, and connect with archival issues around the uniqueness and potential reproducibility of objects, through such processes as digitisation. While forming a seminal presence for contemporary culture, Muybridge’s work, in its non-replicating resistance to assimilation, also necessitates an archive of its own. In a parallel way, his Scrapbook, itself a self-archiving by Muybridge of his work’s fragmentary traces in texts and images, also demands the formulation of an archive consisting of one unique artefact, in the way that Jacques Derrida, in his final interviews, envisaged objects of such all-consuming resonance that they required a tangible separation and a distinct space of their own, in order more intensively to then impact upon and reveal the surrounding worlds, and their visual cultures; in that sense, no object deserves its ‘sacrosanct’ one-artefact archive more than Muybridge’s Scrapbook.

Stephen Barber tackles  much, much more in this new work – do read the Introduction, which is online now.

Eadweard Muybridge is to be inducted into the National Inventors Hall of Fame on May 4th.

Alexandria VA (March 3, 2011)—Continuing to celebrate its mission of recognizing and fostering invention, the National Inventors Hall of Fame has announced its 2011 Inductees.  The life-changing innovations that have come about through this year’s class include the sensor that makes cameras in today’s cell phones possible, the battery that powers most implantable defibrillators, and the basis of exchanging secure information over the Internet.

This year’s ‘Living Inductees’ include Steve Sasson, for the Digital Camera. In 1975, Kodak engineer Steve Sasson created a device that captured an image, converted it to an electronic signal, digitized the signal, and stored the image—the first digital camera. 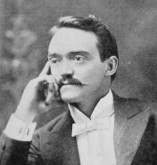 Alexandria VA (March 3, 2011)—Continuing to celebrate its mission of recognizing and fostering invention, the National Inventors Hall of Fame has announced its 2011 Inductees.  The life-changing innovations that have come about through this year’s class include the sensor that makes cameras in today’s cell phones possible, the battery that powers most implantable defibrillators, and the basis of exchanging secure information over the Internet.

This year’s Induction ceremony, sponsored in part by the United States Patent and Trademark Office and the Kauffman Foundation, take place on May 4 at the historic Patent Office Building, now the Smithsonian American Art Museum and the National Portrait Gallery, in Washington, D.C.  The location is particularly appropriate because this year’s class of inductees includes a group of 29 historical inventors who will be recognized posthumously, most of whom would have submitted patent applications to the same building where they will be honored.

The National Inventors Hall of Fame (NIHF) is a not-for-profit organization dedicated to recognizing, honoring and encouraging invention and creativity through the administration of its programs. The Hall of Fame honors the men and women responsible for the great technological advances that make human, social and economic progress possible.

The Hall is currently located in Alexandria, Virginia, with satellite offices in the Washington, D.C., area and in Los Angeles, California. Originally housed in the U.S. Patent and Trademark Office, the Hall outgrew its location and moved to Akron. Ohio. The Hall of Fame building in Akron, which also housed hands-on interactive exhibits, opened to the public in 1995. The building is currently under construction to build the National Inventors Hall of Fame School Center for Science, Technology, Engineering and Mathematics Learning.

During the annual induction ceremony, a new class of inventors is recognized. Inventors must hold a U.S. patent to be considered, and the invention must have contributed to the welfare of mankind and have promoted the progress of science and the useful arts. A National Selection Committee and Blue Ribbon Panel select inductees. 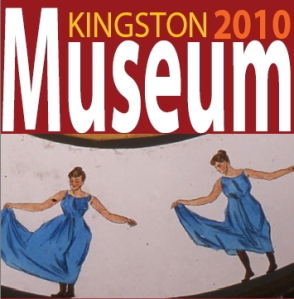 Exciting news from Kingston, of important exhibitions later this year:

Muybridge left a valuable cultural legacy to his home town of Kingston upon Thames. This outstanding collection of material, unparalleled in the world, includes many rare and beautiful objects which provide fresh insights into Muybridge’s phenomenal career. The exhibition wil focus on what could possibly be the most intriguing group of objects, Muybridge’s Zoopraxiscope discs. These 19th-century glass picture discs, many of which have not been on display before, will form the centrepiece of this new interpretation of this phase of his career.

The exhibition will link with a major Muybridge retrospective opening at the Tate Britain during the same period.

There will also be an exhibition at Kingston University’s Stanley Picker Gallery, which will include contemporary artwork directly inspired by the collection. This working relationship will help to confirm the continued influence of Muybridge into the 21st century.

More here on Muy Blog about the Kingston exhibitions, as they develop.

In the meantime, for lots more about Eadweard please visit The Compleat Muybridge. 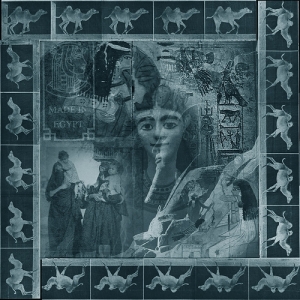 Muybridge’s sequence photographs are frequently used in modern videos and animations, but less often in photo-montage artworks.  This is one of a series of photomontages created by Seriykotik1970, and posted on Flickr:

The tone reversal (using a negative image) employed by the artist for the Muybridge component seems to add a degree of strangeness to these Animal Locomotion photographs when used here as border decoration.